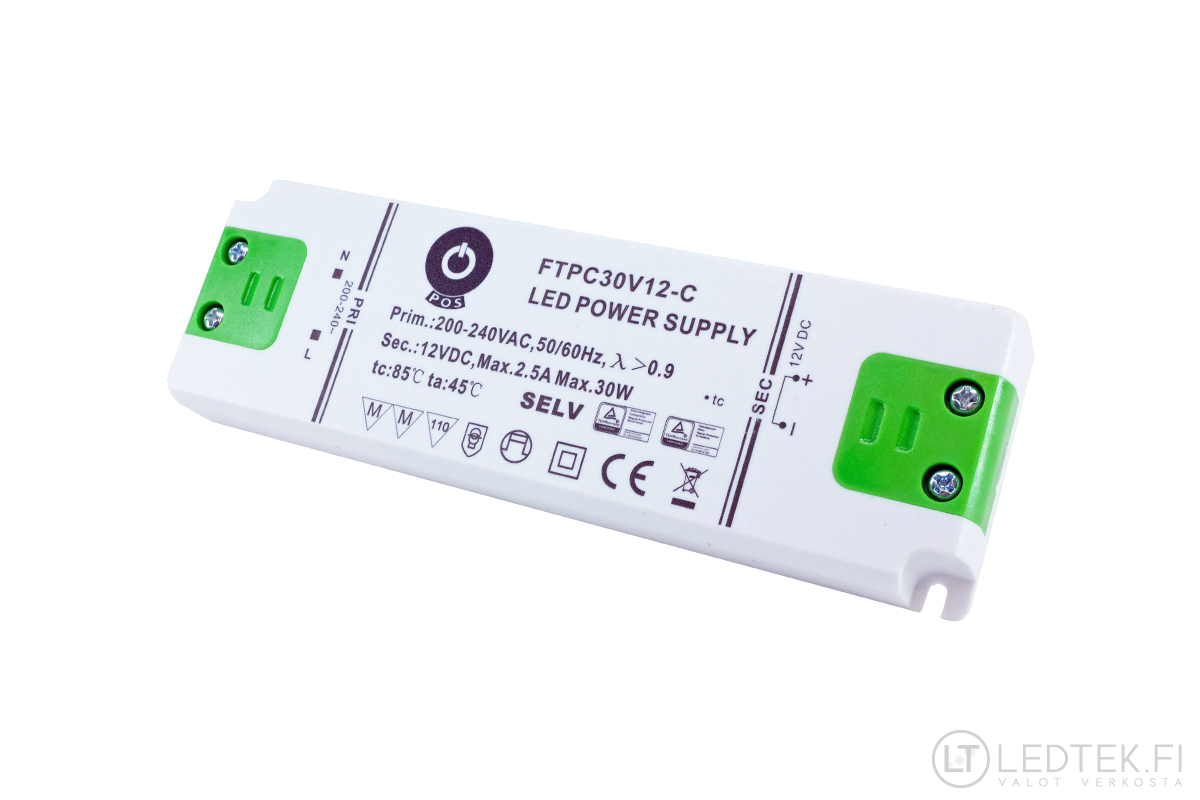 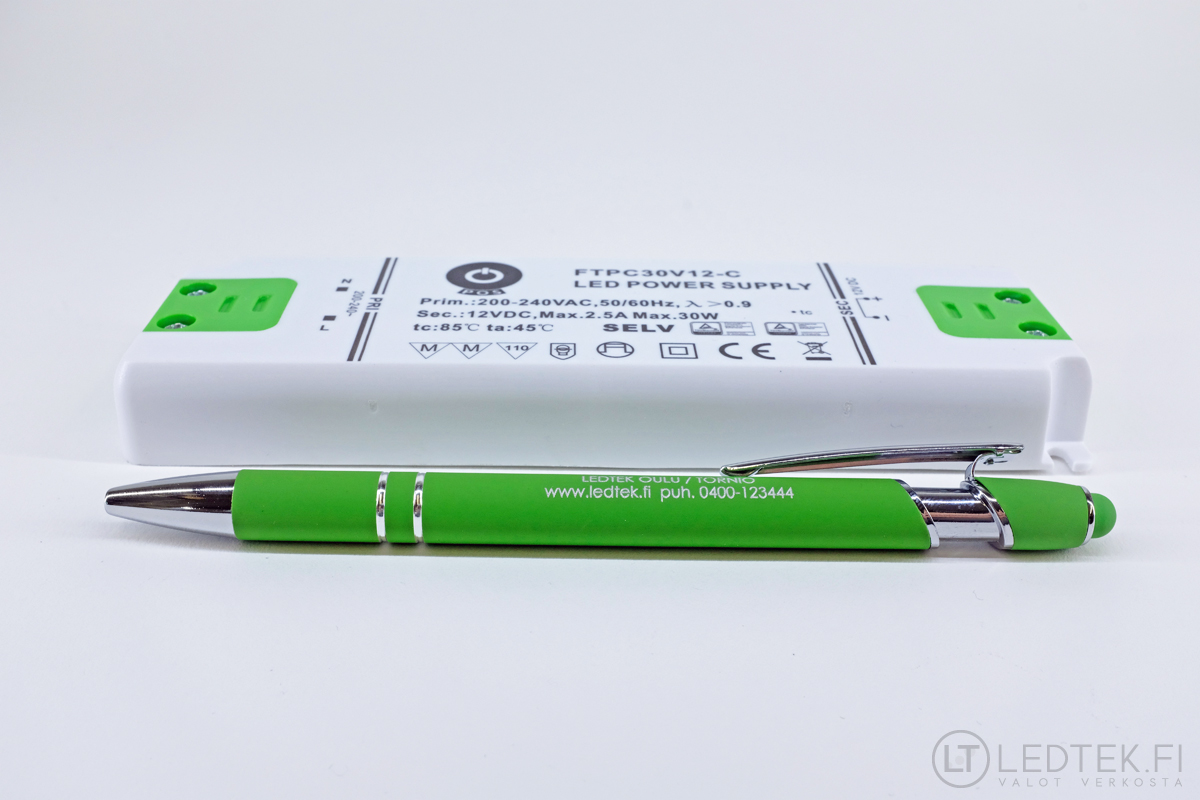 POS Triac Dimmable LED Driver. Convenient 50 Watts of power is enough for e.g. 2,5 meters of 10W 12V COB LED strip. This is both Leading edge (RL) and Trailing edge (RC) configurable. Complete adjustability can be achieved with for example ABB 2-100VA dimmer. Electrical number 2619376. Other manufacturers have compatible dimmers for this driver as well. For example Ensto, Schneider and several other generally used brands in Finland.

If you would like a remote controllable LED dimmer, you will not need this driver. If you would like an LED dimmer that is remote controllable, a suitable LED driver in that case is a normal non-dimmable LED driver where the dimming happens after the driver. In non-dimmable drivers there is no mention of triac, dali or other dimming techniques that would happen on the front side of the driver. For non-dimmable drivers there are great wireless RF dimmers available.

This LED driver is suitable for e.g. 12V DC LED strips, 12V DC LED downlights, 12V DC LED spotlights, etc. Power output is enough for e.g. 2,5 meters of COB 10W LED strip. The height of this LED driver is 18 mm and that’s what makes it a conveniently compact-sized LED driver. Regarding safety, this driver has a short circuit protection, overload protection and overheat protection. Out of these the fault and overload protection function with a power cut principle. It means that in a problem situation the LED driver will start to cut the power and makes the lights blink. Power cut continues until fault has been fixed. Overheat protection cuts the power from 12V side –> lights turn off. Lights can be turned on by turning the power back on. The protection works the same way in other high quality LED drivers as well. The driver cools itself with the surrounding ventilated air. So it is recommended to install in such a place where the warm air gets to mix with surrounding air.

The maximum power output of this LED driver is 30 Watts and operating voltage 12 Volts. When you are thinking about picking a suitable LED driver for your project, it is recommended to pick something with a little more power than what the maximum load is going to be. We have a great blog post about choosing LED drivers and their power outputs and it can be found here. The output of this driver is enough for e.g.: