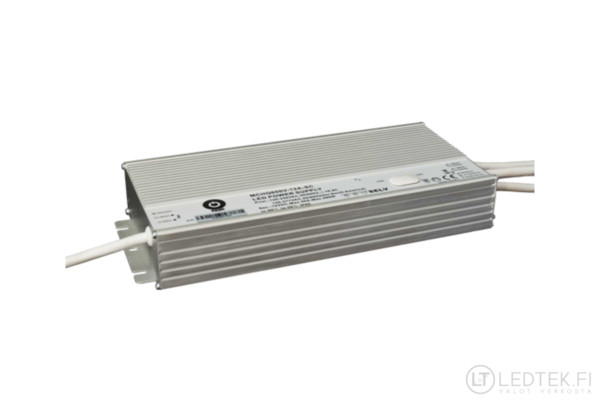 Only 1 left in stock

POS 480 Watts 12V LED driver. This one provides plenty of power for larger projects as well. This is a POS MCHQ series LED driver.

Suitable for e.g. 12V DC LED strips, etc. Several LED drivers have an unpleasant noisiness feature with dimmers. Occurs typically with PWM dimmers when light has been dimmed to about 80%. The power source starts to emit a high-frequency squeaking noise. This one does not have such a problem. By this kind of dimmer we mean an LED dimmer that is installed after LED driver. So this driver will not be dimmed but instead the dimming happens after the driver.

Suitable for larger LED strip installations both indoors and outdoors.