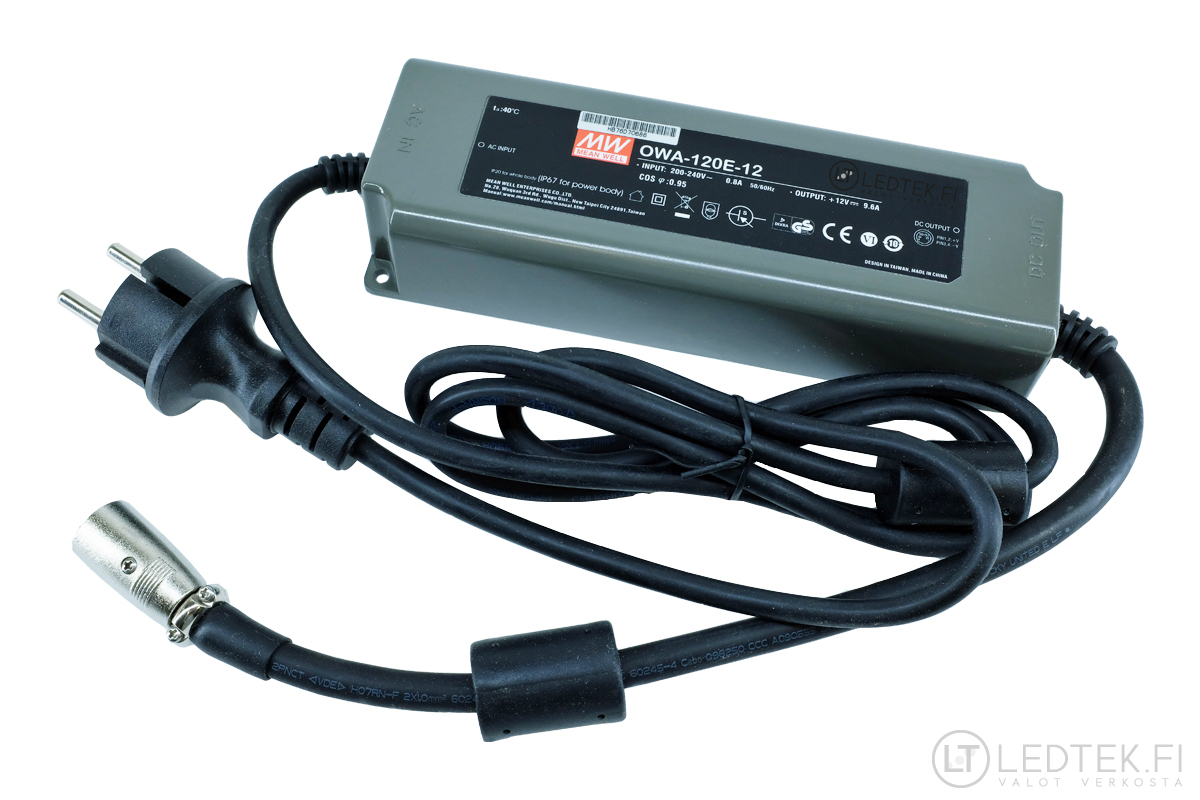 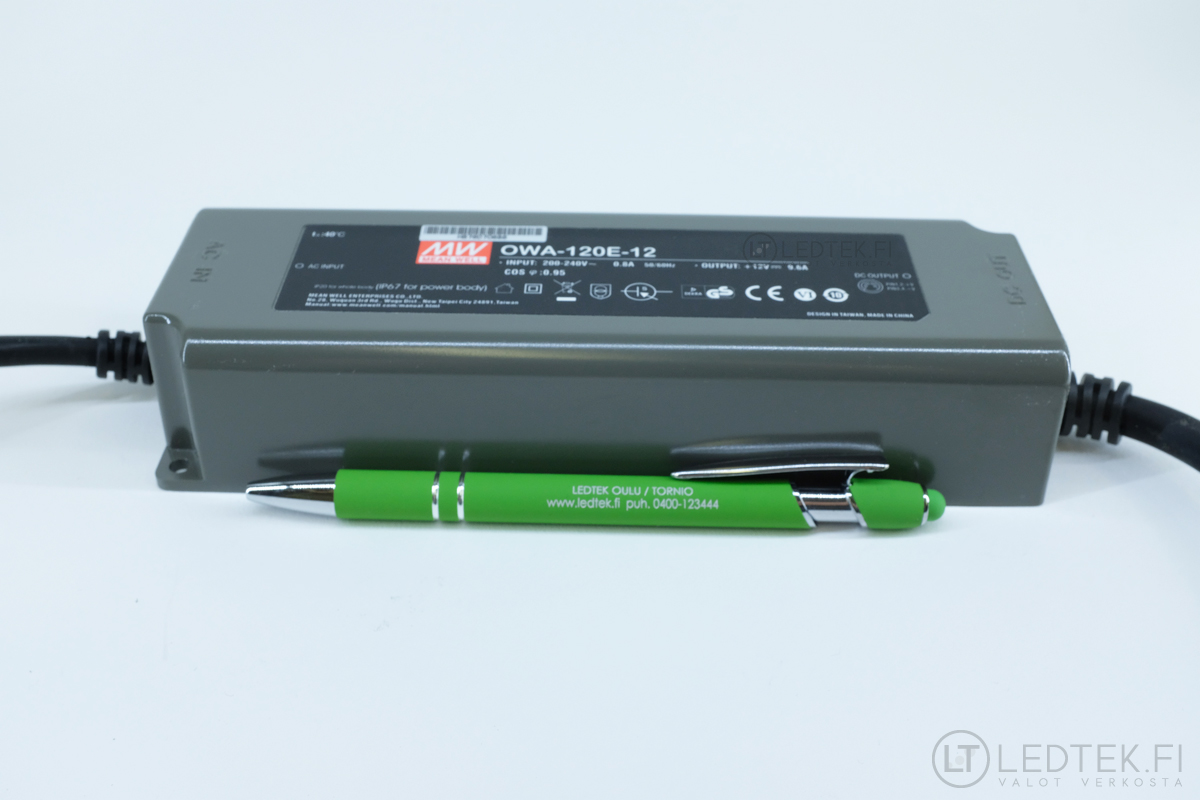 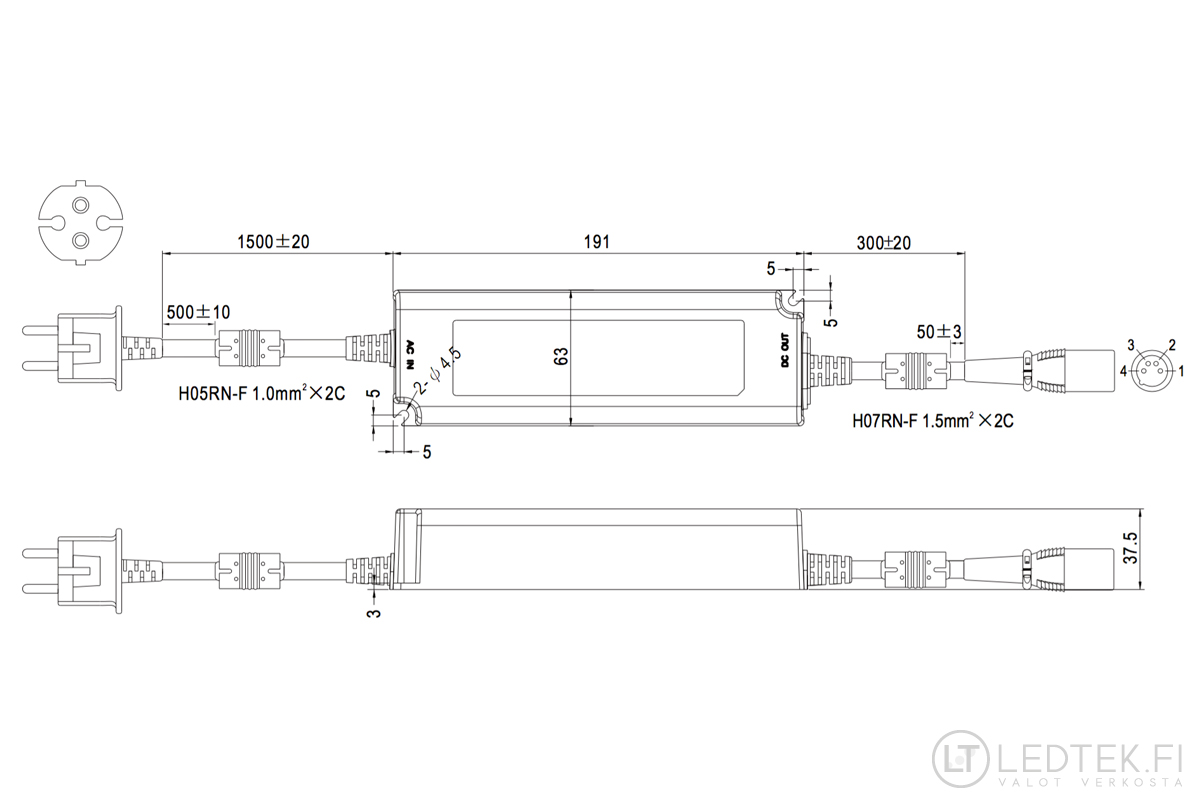 On DC side the driver there is a 4-pole XLR connector. You can take the connector out by unscrewing a couple of screws. Inside will be the usual black and blue wire.