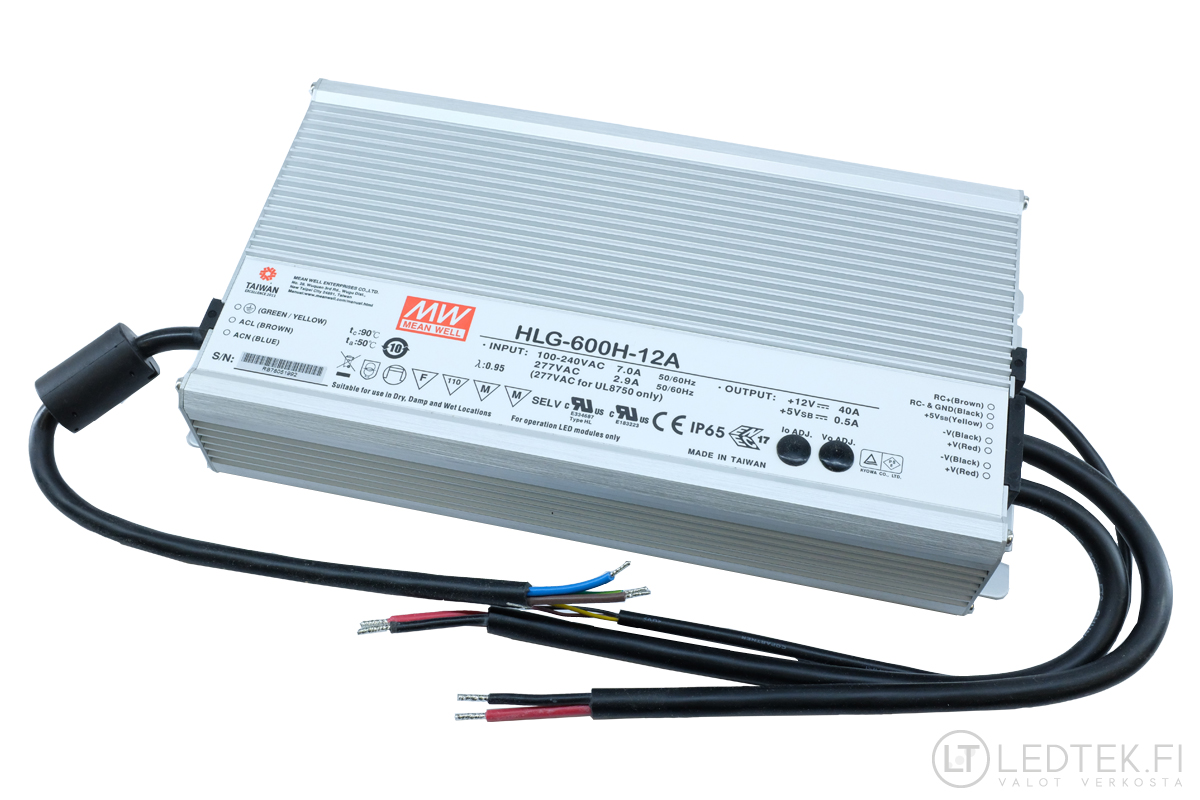 480 Watts Mean Well LED-driver noise-free with and without dimmers.

Several LED-drivers have an unpleasant noisiness feature with dimmers. Typically it happens with PWM-dimmers and when power level is at about 80%. The power source starts to emit a high-frequency squeaking noise. This one does not have such a problem. By dimmer in this case we mean an LED dimmer that is installed after LED-driver. So this driver will not be dimmed but instead the dimming happens after the driver.