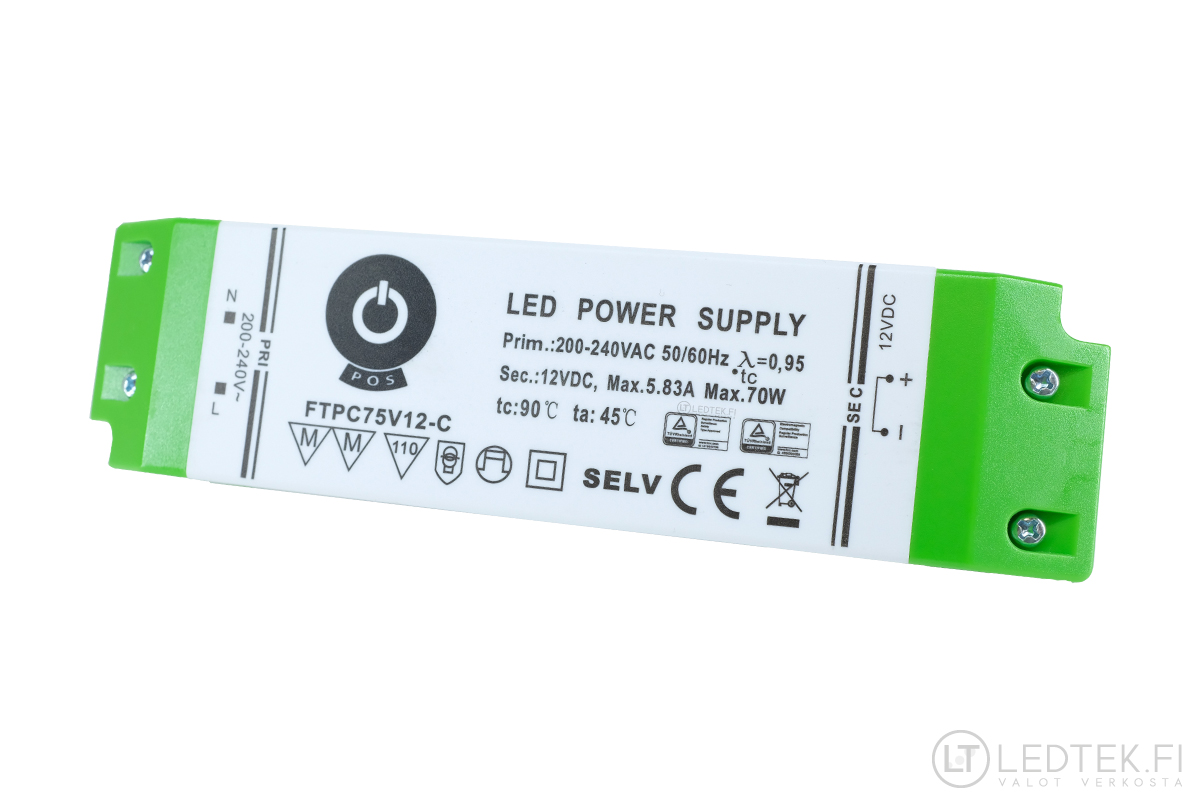 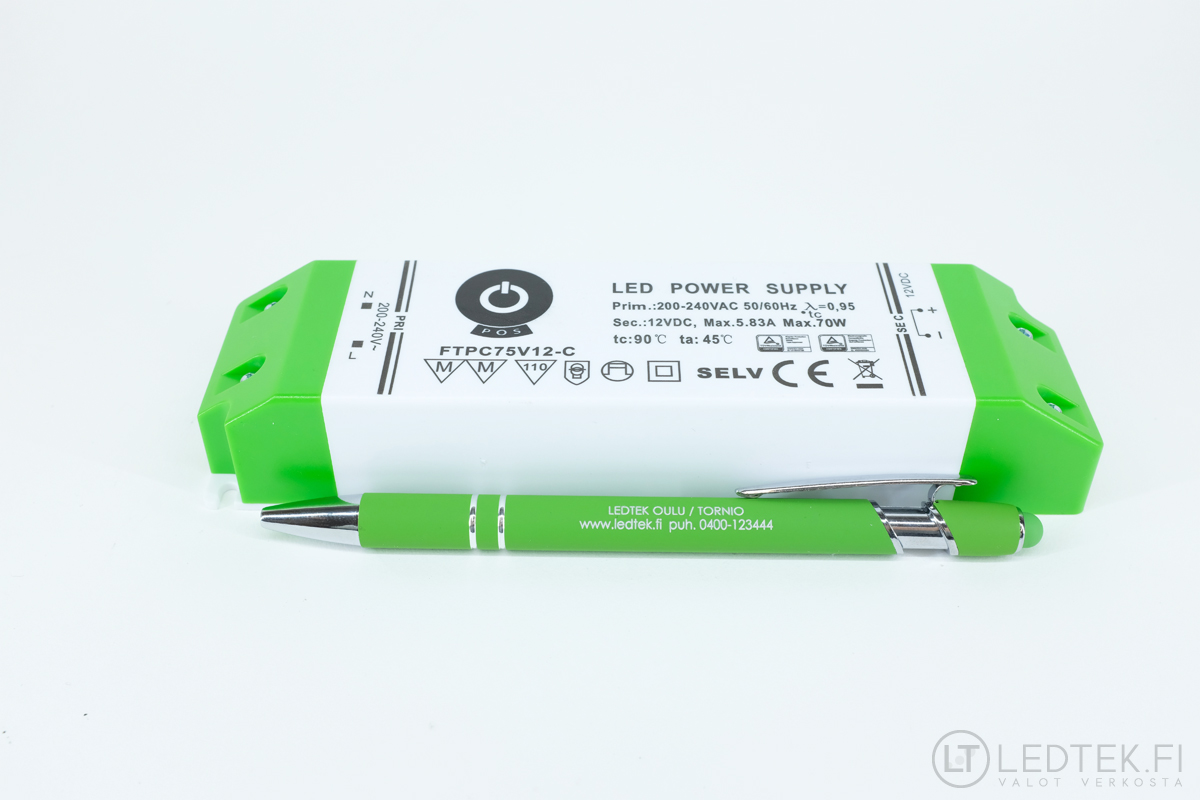 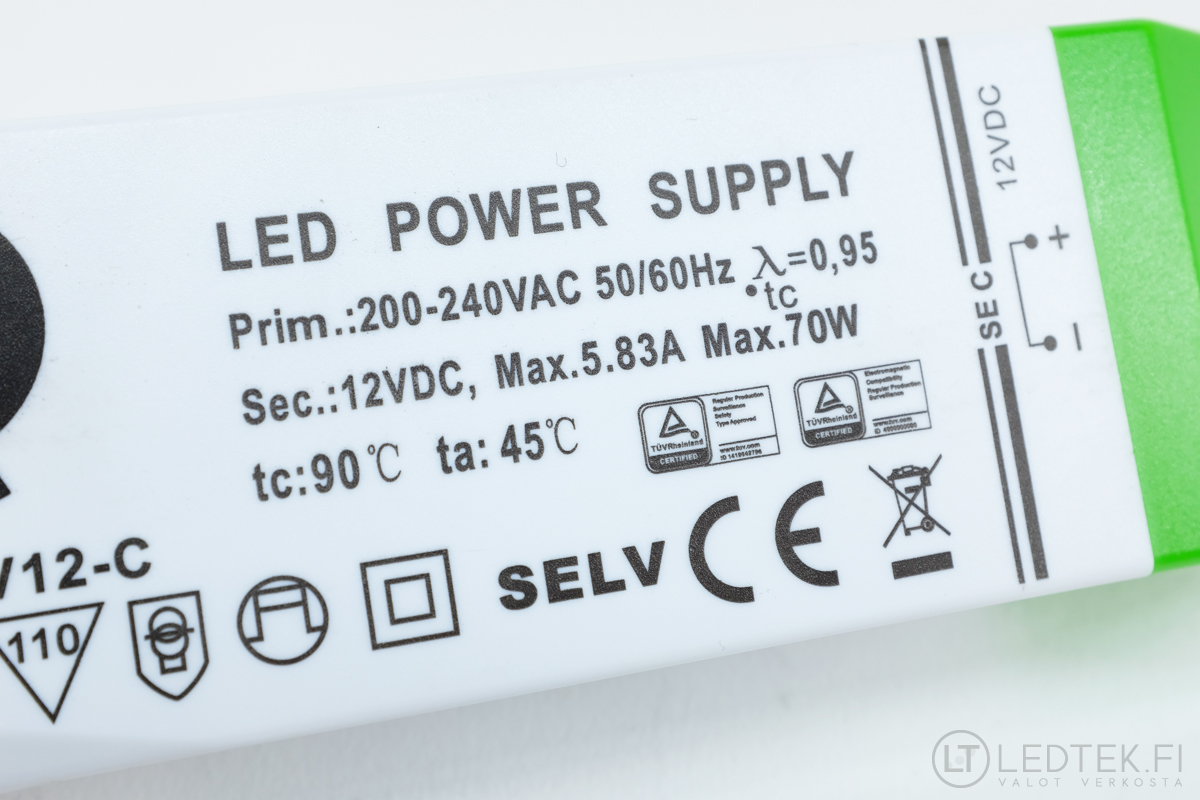 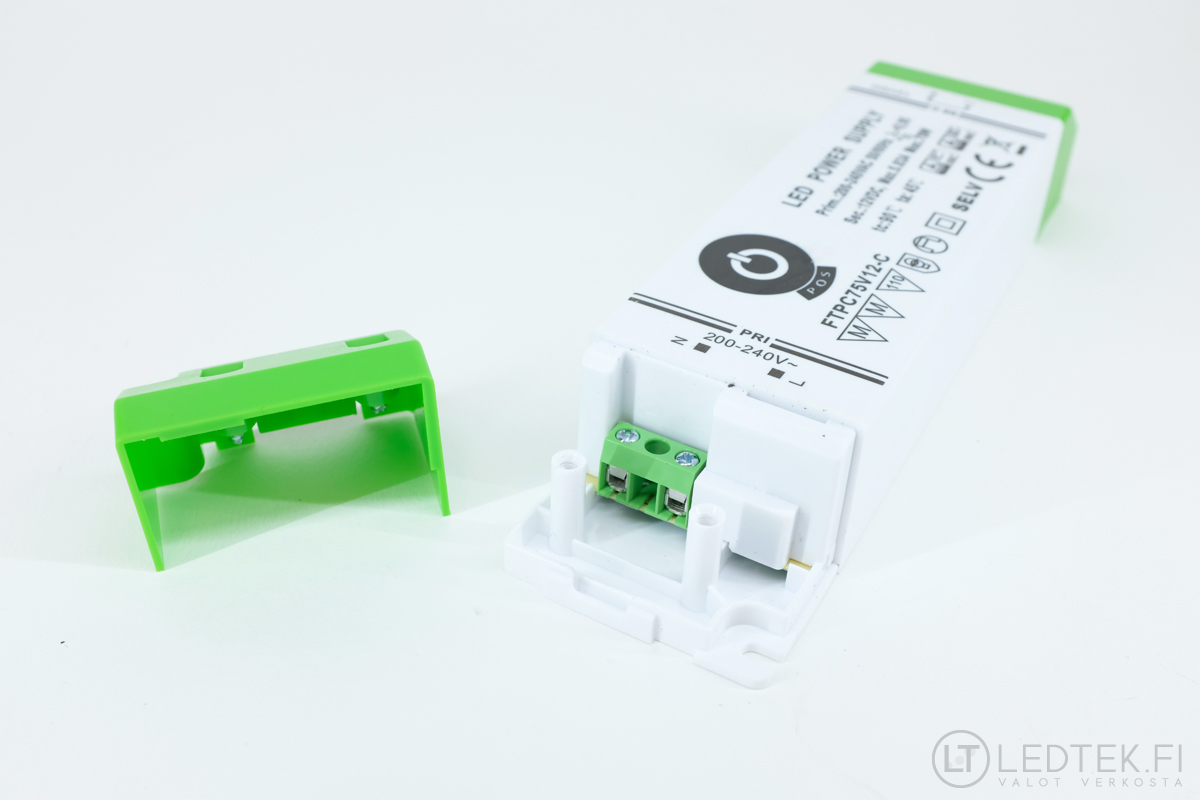 Small-sized LED driver 70W 12V suits perfectly for e.g. 12V DC LED strips, 12V DC LED spotlights etc. The height of this LED driver is only 28,5 mm and length 170 mm. Suitable driver for small and slightly bigger installations, for example kitchen under cabinet lighting. Regarding safety, this one has a fault protection, overload protection and overheat protection and that’s how it’s supposed to be.

This driver cannot be dimmed but you can install a LED dimmer normally between the driver and light source. As usual in several LED drivers, this one also has a small squeakiness feature when used with a LED dimmer. However the squeakiness is not as significant as in some other models. Squeakiness occurs when the light output is at about 80%. If you install it somewhere far away for example on the ceiling paneling or if you cannot hear high frequency sounds, it will not be a problem. If you don’t install an LED dimmer, the driver remains silent and you won’t have to think about squeakiness at all. But if you have super accurate hearing and it absolutely has to be silent, then check out this Mean Well 90W 12V silent version.

This LED driver is suitable for e.g. 12V DC LED strips, 12V DC LED downlights, 12V DC LED spotlights, etc. Enough power output for e.g. 5-6 meters of COB 10W LED strip. Regarding safety it has fault, overload and overheat protection. Out of these the fault and overload protection function with a power cut principle. It means that in a problem situation the LED driver will start to cut the power and makes the lights blink. Power cut continues until fault has been fixed. Overheat protection cuts the power from 12V side –> lights turn off. Lights can be turned on by switching the power back on again when the driver has cooled off.

The maximum power output of this LED driver is 70 Watts and operating voltage 12 Volts. When you are thinking about a suitable driver for LED installation, it is recommended to pick a LED driver with a little more output than what the maximum load is going to be. We have a great blog post about choosing LED drivers and power outputs and you can find it here.. The output of this driver is enough for e.g.:

A general safety distance of LED drivers with surrounding materials is 25 mm for both above and sides. Usually this is not a problem even in low roofing. A more typical problem in low roofings is whether the driver will fit through the mounting hole onto the celing paneling. The length of this driver is 170 mm so keep in mind whether it will fit through for example a 60 mm mounting hole onto the celing paneling. If there is a place for the driver near a service hatch then the problem is easy to solve. 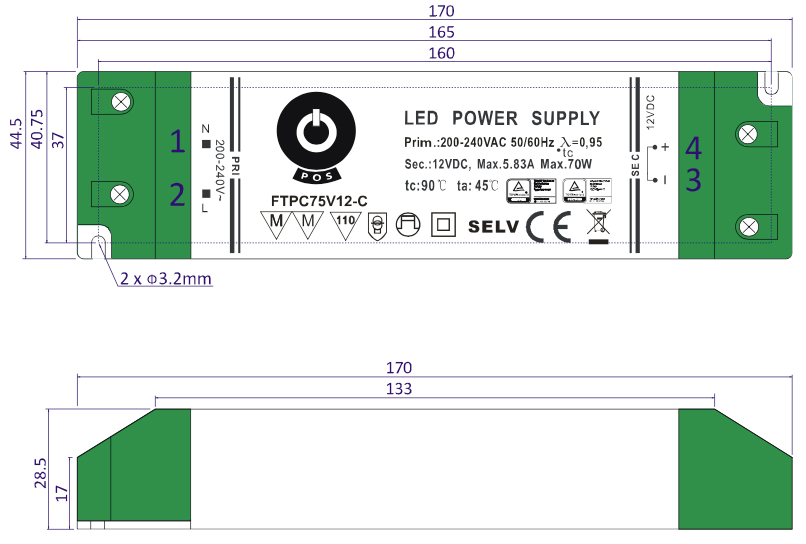