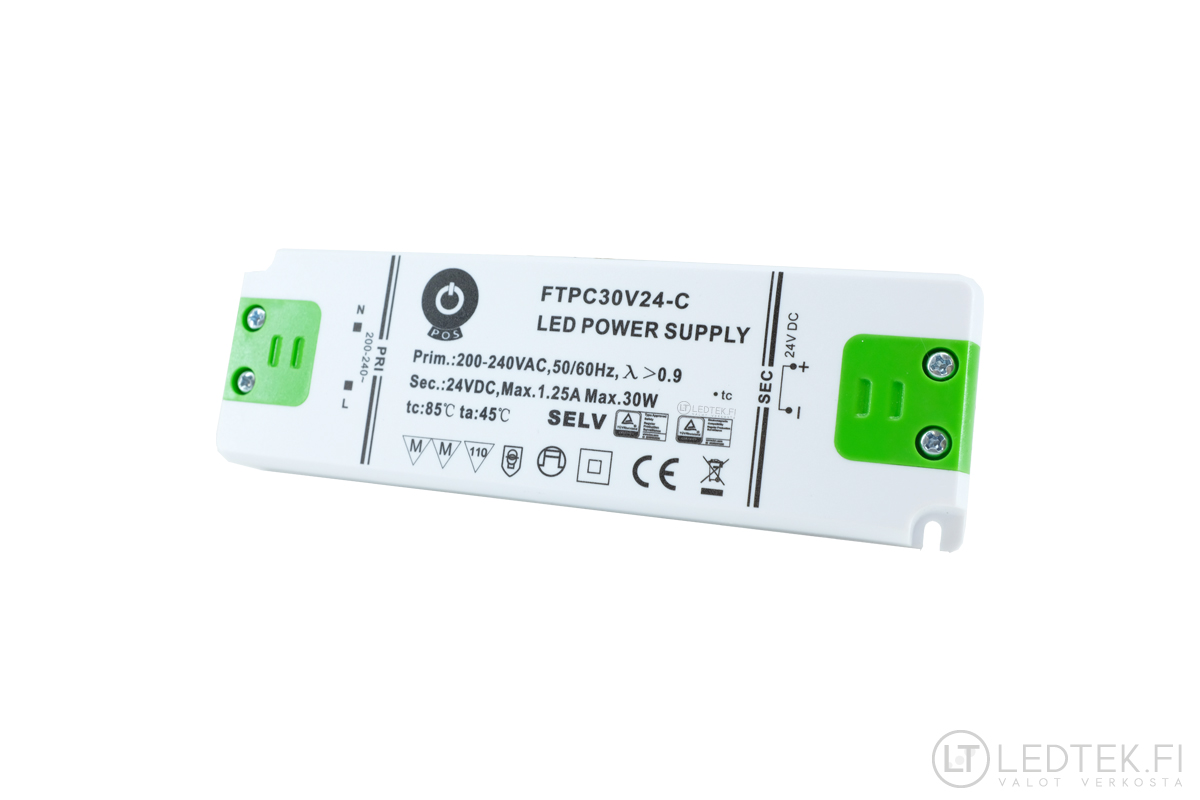 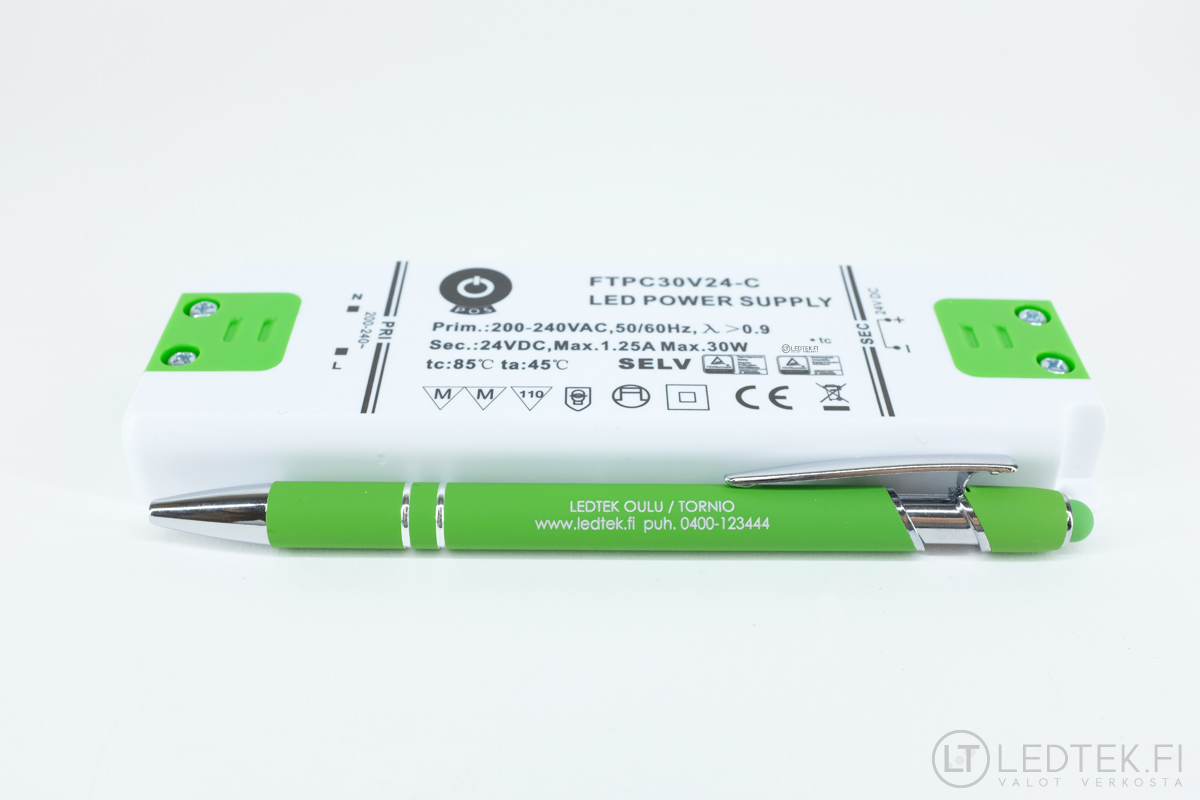 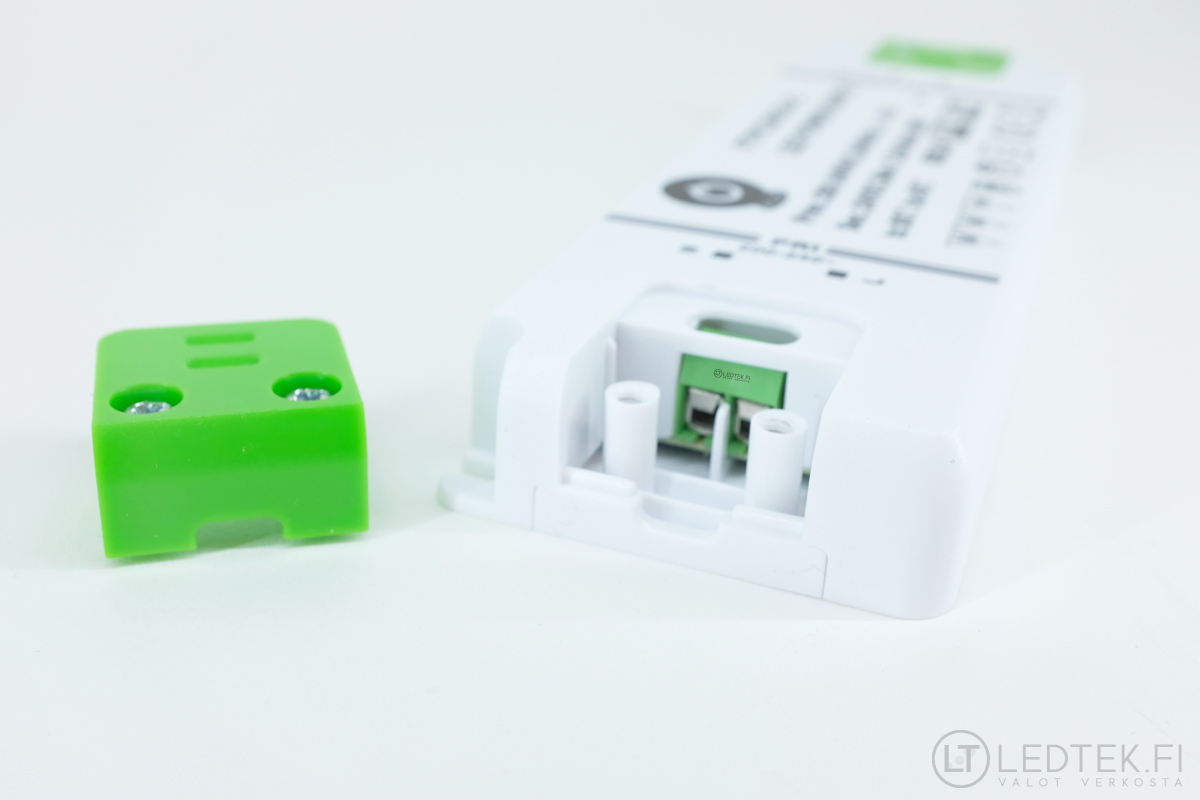 Suitable for e.g. 24V DC LED strips, 24V DC LED spotlights etc. The height of this LED driver is only 17 mm. Regarding safety it has fault protection and overload protection.