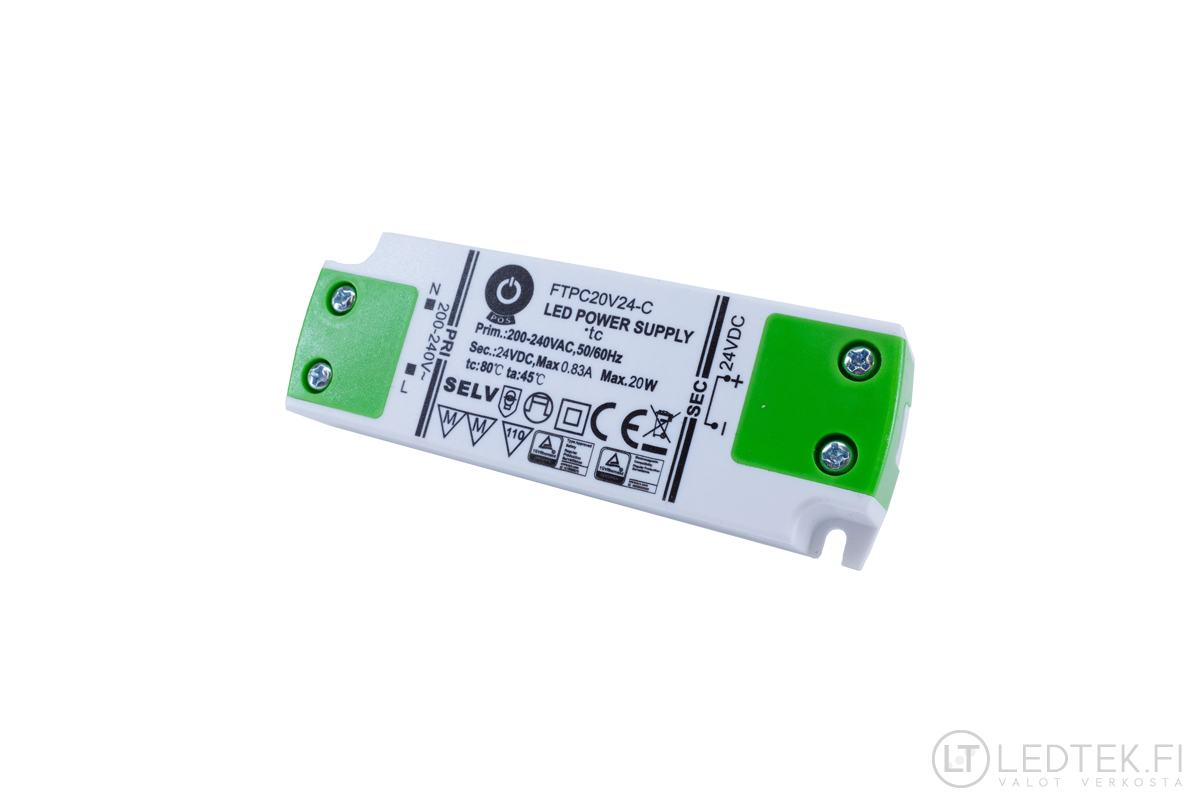 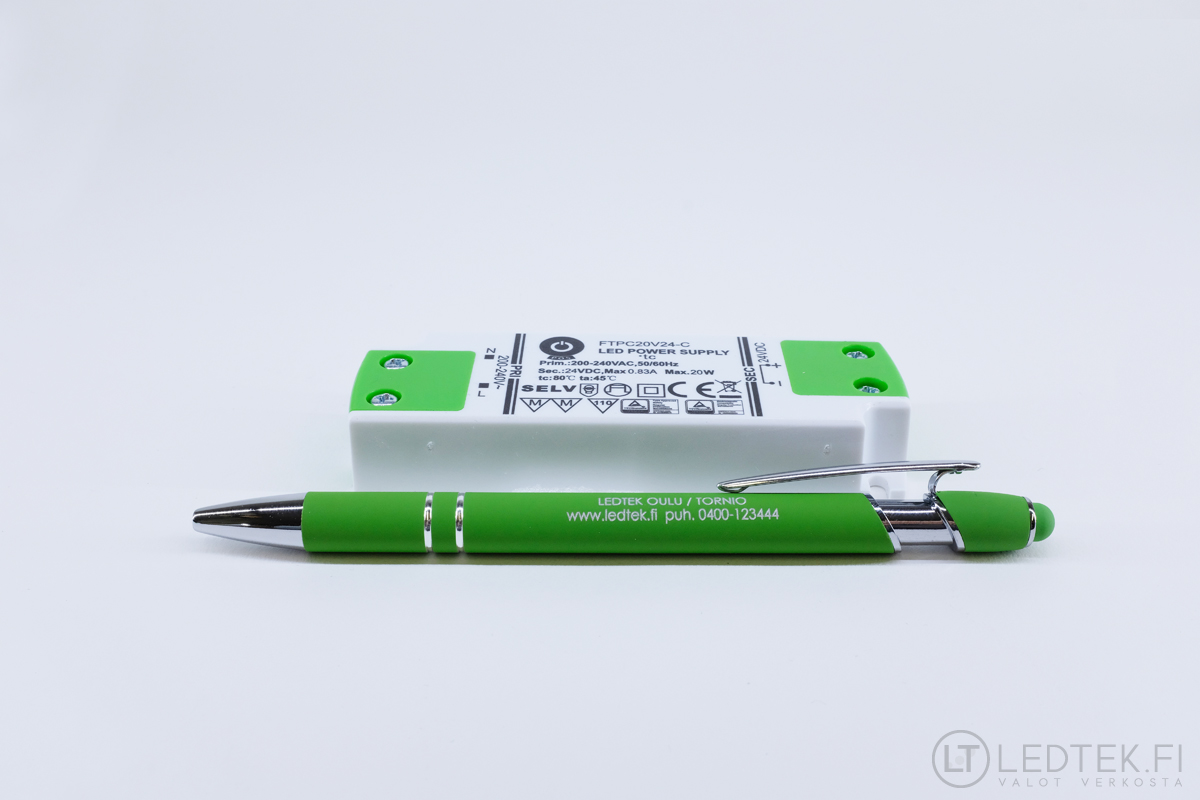 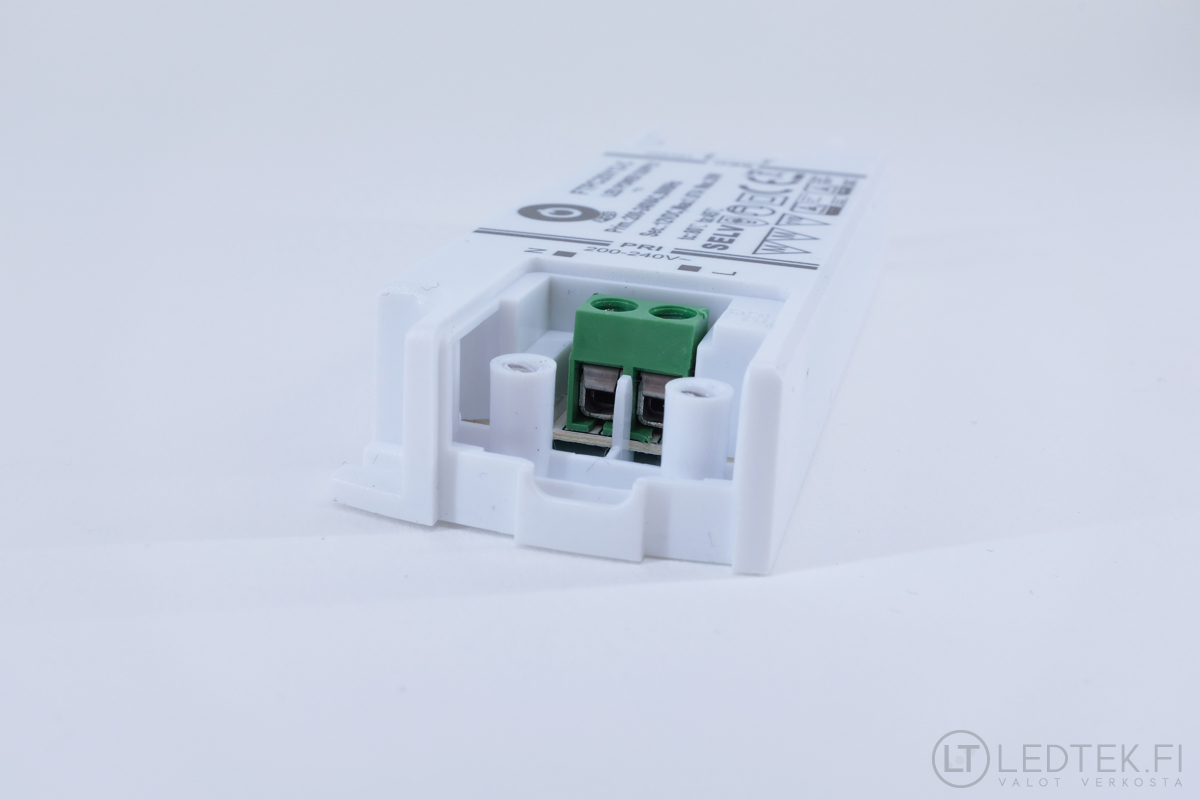 Suitable for e.g. 24V DC LED strips, 24V DC LED spotlights etc. The height of this LED driver is only 16.5 mm and length equals about two matchstick boxes. Regarding safety, this one has a fault protection, overload protection and overheat protection. Quite suitable for small LED installations.

This driver cannot be dimmed but you can install a LED dimmer normally between the driver and light source. As usual in several LED drivers, this one also has a small squeakiness feature when used with a LED dimmer. However the squeakiness is not as significant as in some other models. Squeakiness occurs when the light output is at about 80%. If you install it somewhere far away for example on the ceiling paneling it will not be a problem. If you don’t install an LED dimmer, the driver remains silent and you won’t have to think about squeakiness at all.

On the video we connect this LED driver, a pro series LED dimmer and a bit of 24V LED strip

LED dimmer 217S and extra item on the video

Show reviews in all languages (9)