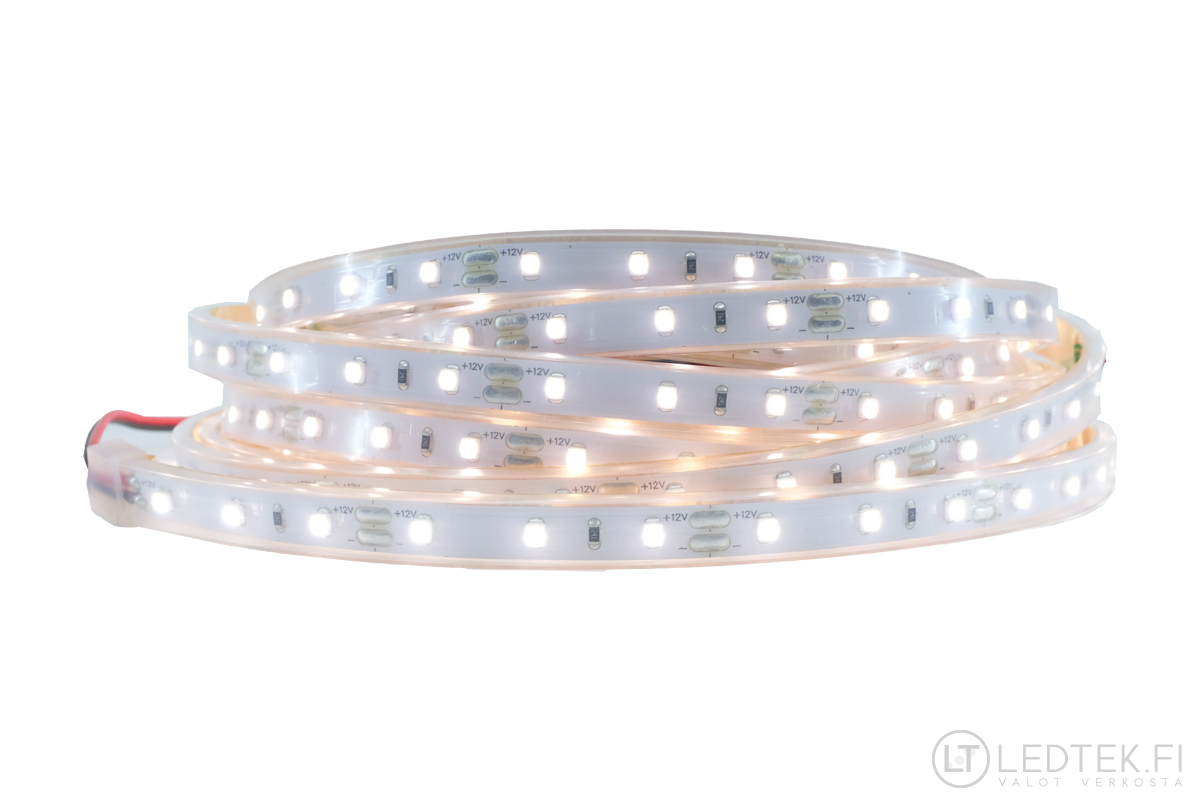 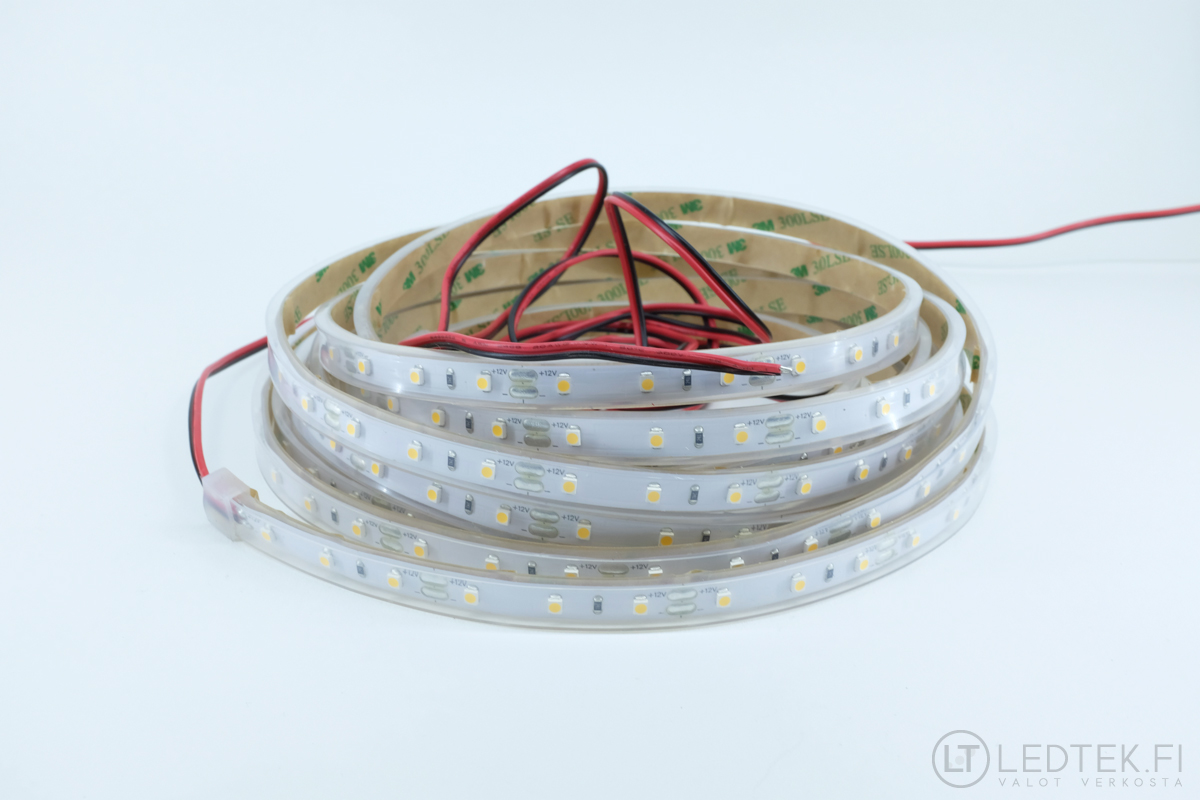 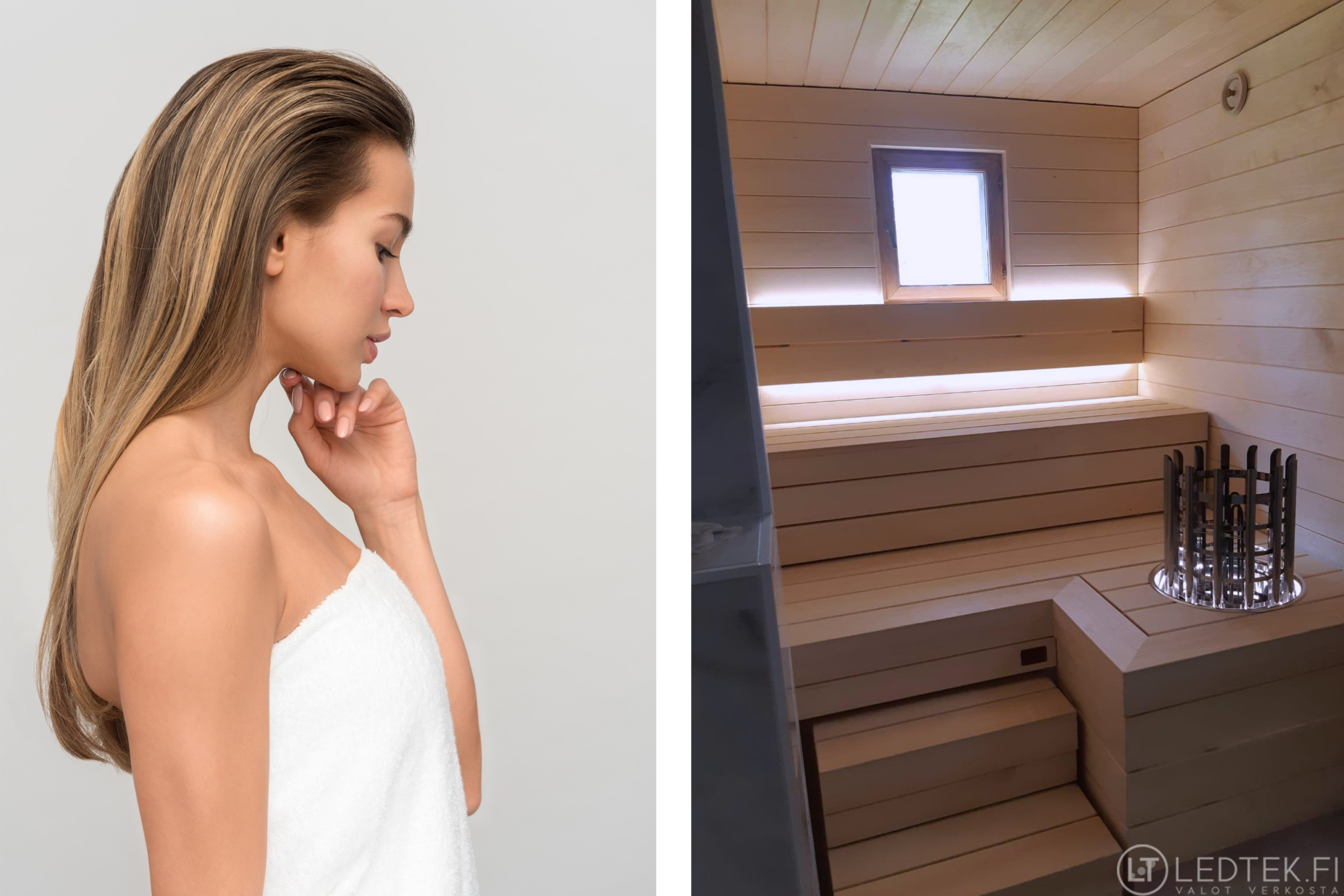 High CRI Ledtek LED strip for example for sauna. CRI +90 and blue light wavelength over 460 nm. Due to this fact the light will not put a strain on your eyes unlike the lower wavelengths. This LED strip is applicable to locations where “mood lighting” is required. The colour of the light is natural white 4000-4300K.

In addition to LED strip you will need an LED-driver and optionally a dimmer. To make things easier with installation, there are 2 meters of cable on both ends of the reel. You can cut appropriate lengths from the strip and you have connection cables at the ready. You don’t necessarily need connectors or soldering. If you need some, pick 8mm connectors.

Usually it is recommended to use aluminum profiles for LED strip installations. For this strip it is optional, however, because the strip will not warm up considerably. For example 1715 aluminum profile goes well with this LED strip. The strip has a 3M two-sided tape, but it may hold somewhat poorly in moist environments. If you like, you may peel off the tape and apply gluing compound instead.

A minor deviation in Kelvin numbers by no means refers to singular LEDs being of different value. Deviance means that a certain product batch is in that Kelvin range. When LEDs are made from batch and a plenty of LEDs are produced in one batch, then the K-value is the same in all of them. K-value could be for example 4050K. Notifying about minor deviance is normal but generally speaking we can talk about 4000K LED strip.

On the video we connect this LED strip with a Moso 35W LED-driver. This LED strip is the same as the one in 4000K sauna lighting set.