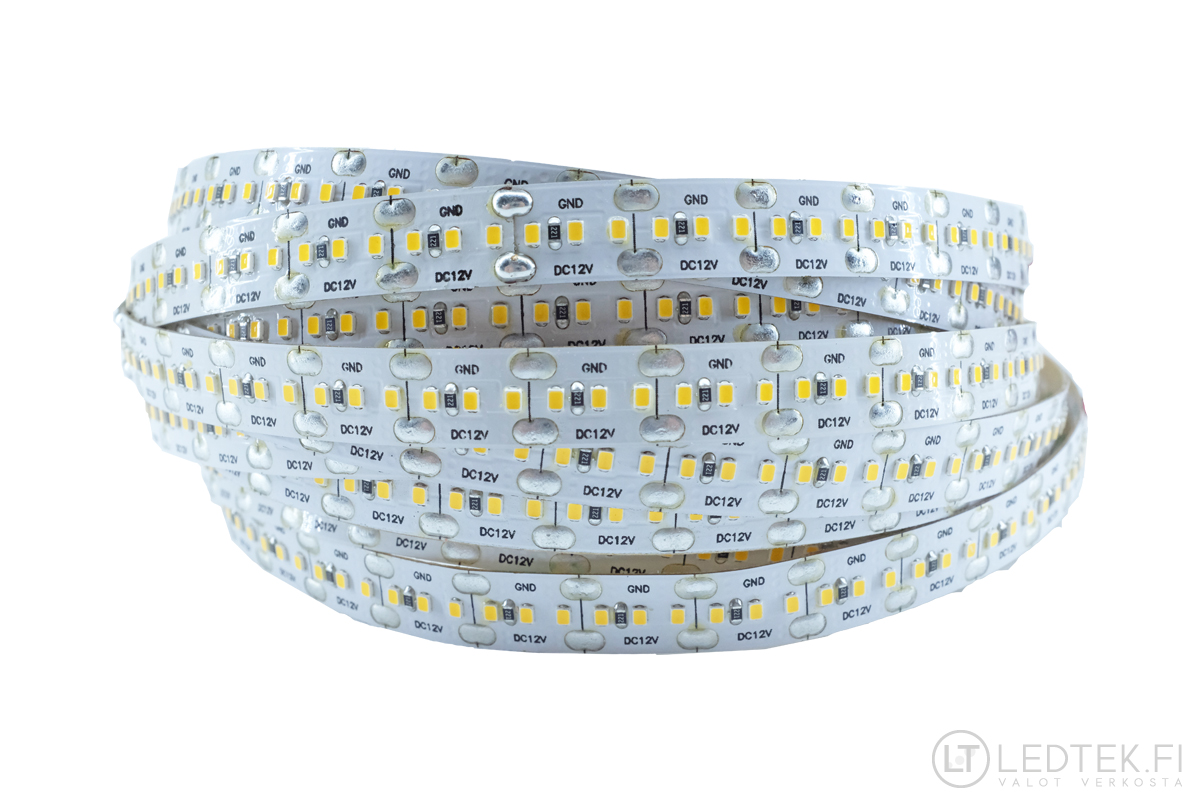 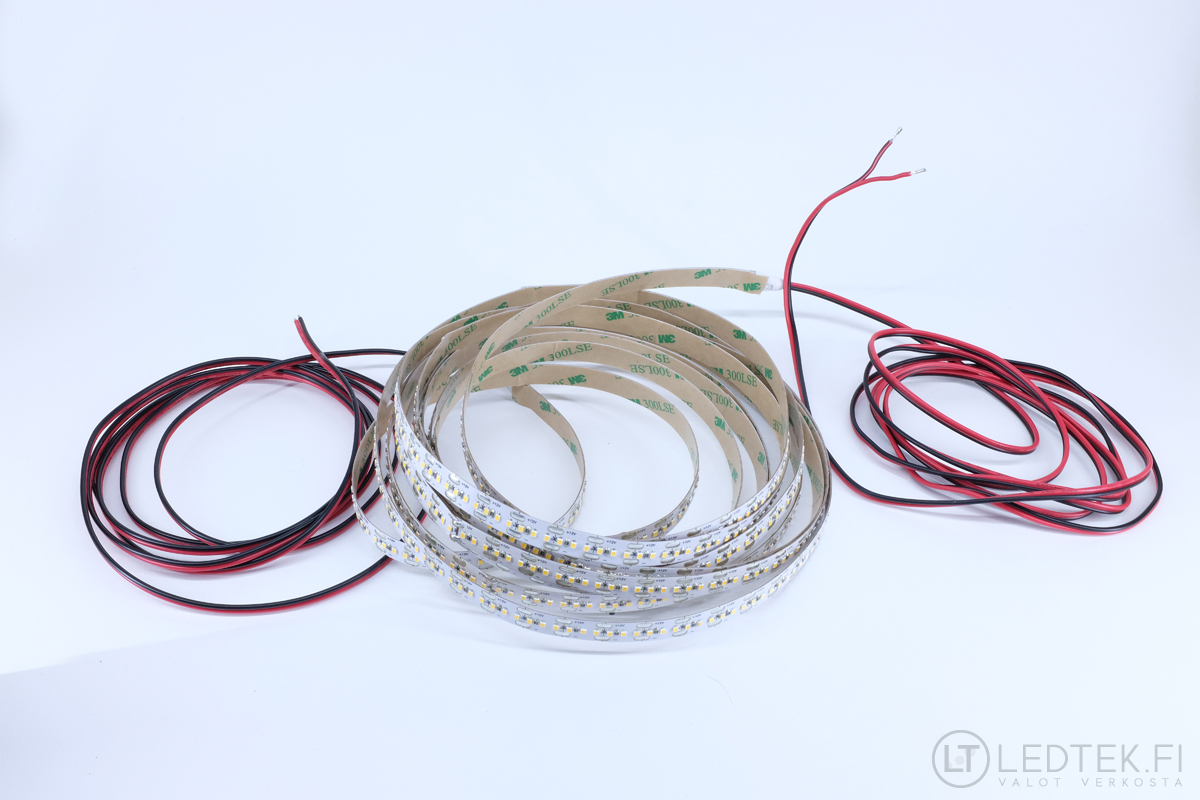 High density high CRI Ledtek LED strip with 240 LED/m. There are so many LEDs that a traditional “spotty” reflection will not be an issue. Great strip! Typically there are 60 LEDs per meter. Additionally, there are highly frequent cut-off points on this LED strip. Usually the cut-off points in LED strips are in 5 cm or 10 cm intervals. This strip can be cut every 1,3 cm and as a special bonus every cut section has been pre-soldered. Which means that there will not be dark areas in endpoints. CRI +90 and blue light wavelength over 460 nm. Due to this fact the light will not put a strain on your eyes unlike the lower wavelengths. This LED strip is suitable for projects that require stronger lighting. The color of the light is white and quality CRI90+ (excellent).

In addition to LED strip you will need an LED-driver and optionally a dimmer. To make things easier with installation, there are 2 meters of cable on both ends of the reel. You can cut appropriate lengths from the strip and you have connection cables at the ready. The negative aspect of this LED strip is that due to the density of LEDs it is not possible to use connectors with it. The LEDs will prevent the connector lid from closing. It is advisable to use cable connection.